The way up to Beehive Basin, Big Sky, MT

When I heard that Beehive Basin in Big Sky, Montana is considered, by some, to be one the world’s best hikes, I knew I had to check it out while I was in town. The reviews for the hike all said it was easy and suitable for all levels of hikers. At about 4.5 miles round trip I figured it would be an easy jaunt up a path to a nice view where I could enjoy a PB & J by the lake at the top. I hit the trail in running shoes and my day pack and was pretty much immediately blown away by the scenery.

Big Sky is breathtaking from the road, and even more so from the little cabin I’m staying in on one of the many ski slopes that have been abandoned for the summer. However, on foot, it is unreal. 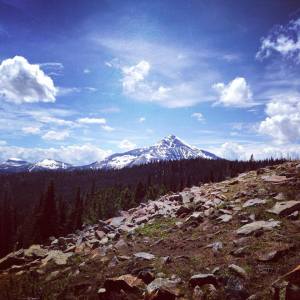 Due to a late melt off and an unusual amount of snow still on the ground, the wildflowers that I had read so much about were not out in full force as they should have been. As I got up higher, it quickly became apparent that running shoes were a bad choice (see the post ‘Rookie Mistakes’). There were some pretty big snow fields to be crossed, and the closer to the basin I got, the deeper the snow got. My running shoes kept getting sucked off my feet as I sunk into the snow up to my calves. Before long, my socks were soaked and my feet were freezing. About a half a mile from the top I had to call it quits – my pride hurts to admit it, but my feet thanked me. I snapped a few pictures before booking it back down the mountain. I will definitely be doing this hike again in better footwear, and hopefully when the wildflowers are all out. (I’m a sucker for flowers!) 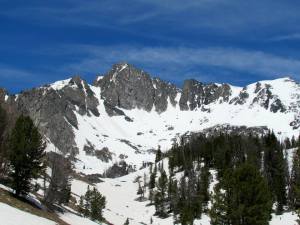 Recommendation: DO IT! Beehive Basin is a beautiful hike with incredible views. It’s fairly easy (I’m sure even more so when there isn’t so much snow) and it makes for a fun day in Big Sky. Just try to hit it when the majority of the snow is melted…and opt for hiking boots!

Shoot me an e-mail at: anna.mcohen@yahoo.com

I will get back to you as soon as possible!

Want to collaborate? Want me to write for you? Want me to review a product? Have a question? Great great great and great! Shoot me an e-mail at: anna.mcohen@yahoo.com and I will get back to you as soon as possible!
Loading Comments...